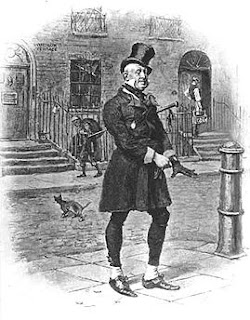 The year ahead provides a great opportunity for the new government in Britain and governments around the world to pare and prune and manage the economy far more efficiently than ever before.


Years of mismanagement, extravagance, squander and waste have left the economy in a sorry state and nobody envies the immense task which lies ahead for local and national government. Millions, billions and trillions of dollars, euros and pounds have been misused, by governments, bankers and greedy entrepreneurs and all this has resulted in a catastrophic global meltdown.


Nations such as Iceland, Ireland and Greece have teetered on the edge of bankruptcy and the massive powerhouse which is the United States of America, despite its resilience, has suffered, resulting in drastic unemployment figures as more workers have been laid off and fewer have been taken on. In Spain unemployment has risen to 19% as the unsustainable housing market collapsed.


Chancellors and economists could not have learned the lessons spelled out in the writings of Charles Dickens. One of his characters in "David Copperfield" is Wilkins Micawber.

"He is famous for frequently asserting his faith that "something will turn up." His name has become synonymous with someone who lives in hopeful expectation. This has formed the basis for the Micawber Principle, based upon his observation:


The answer is clear - savage cuts, wise spending, conservation of resources. This is a policy set in motion in Ireland to deal with the national economic crisis. In the UK the Labour benches mocked and derided the Liberal and Conservative pronouncements, by Vince Cable and George Osborne. They were accused of subjecting the British taxpayers to cuts of 10% in public services. These cuts are necessary and the Labour government knows it full well.


Alarmed by rising house prices and personal debt, Vince Cable saw the recession coming long before his political opponents - and it turned out he had the solutions, too.


What is needed in the year of 2010 and in the years to follow is a personal, national and global commitment to a behaviour of industry and frugality reminiscent of the Amish people, the Quakers and the Pilgrim Fathers. The profligate behaviour of the past has to be reined in and a change of consciousness has to emerge which will transform life on earth so that mankind can live at harmony and in collaboration with nature and his environment.


These lessons cannot be ignored and people and politicians have to heed the warning signs which are numerous and insistent. We are entering the Age of Austerity and future generations will live or die according to the actions and policies which we put into practice in the present.


Note:   according to the Archbishop of Wales a dose of austerity will do the people a power of       good. Time to don a frock coat and stove-pipe trousers (and don't forget the winkle-picker shoes).


A MAN OF STRAW


Straw is mentioned in Geoffrey Chaucer's The Canterbury Tales, in the Nun's Priest's Tale, as the leader of a mob targeting foreign workers:

Certes, he Jakke Straw and his meinee
Ne made nevere shoutes half so shrille,
Whan that they wolden any Fleming kille.[7]