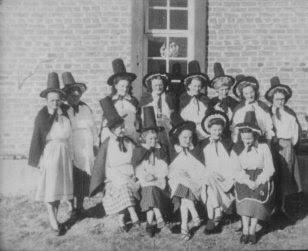 We received a petition asking:


“We the undersigned petition the Prime Minister to preserve Welsh links with Patagonia.”

“We the undersigned petition the Prime Minister to make it absolutely clear to all the staff of the UK Border Agency that the United Kingdom consists of four nations and that the staff of the Agency should not damage Welsh links with Patagonia by refusing entry to people from Patagonia wishing to visit the Land of their Fathers.”

Part of the government response......

The Government recognises the historical links between Wales and Patagonia.  The British Embassy in Buenos Aires, in particular, is actively engaged in fostering relations with Argentine Patagonia to which the greater number of Welsh Patagonians have emigrated.  We have fostered commercial links between Wales and Argentina, for example by working proactively with International Business Wales.  Our Embassy has sponsored studies in the United Kingdom by two Chevening scholars from the Chubut region of Patagonia, one of whom studied at the University of Wales.  The British Council administers The Welsh Language Project for Patagonia and organises a choir, the choristers of which include Argentines and a conductor from Chubut.  Upon appointment, one of the Ambassador’s first official visits was to the province of Chubut to help foster relations between Britain and Welsh Patagonia.

Consequently, the Government fully appreciates that people from that region of South America may wish to visit the United Kingdom in order to improve their Welsh language skills and learn English.  The United Kingdom’s Immigration Rules make ample provision for all legitimate non-European Economic Area nationals, including people from Patagonia, to gain entry into the United Kingdom provided they meet the published criteria.


Question:
If this is the case, why were applicants from Patagonia refused permission to visit Wales?


(believe me, there is no terrorist threat from Patagonian tourists)
In contrast, citizens of South American nations and the Philippines have long been admitted as visitors into Spain and can apply for Spanish citizenship after two years.