Is Carwyn Jones a Closet Nationalist? 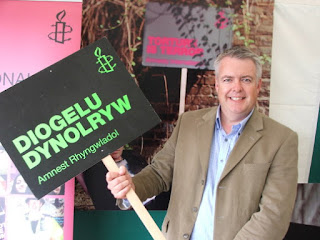 
There is reason to believe that Carwyn Jones, the new Chief Minister of the Welsh government, puts his country ahead of his party. For Rhodri Morgan, imbued in Welsh socialism in its heyday, it may have been a step too far, but now the time is right, with a General Election and a Referendum on the near horizon, to push towards national recognition for the powers which both Wales and Scotland so desperately need in order to advance their programmes of renewal and regeneration. It must be said that the system of LCOs foisted on the Assembly by the Wales Office and the government at Whitehall has been a dismal failure and a half-hearted attempt at placating the forces of change sparked by the advent of devolution throughout Britain.

It is right that the First Minister of a nation should put his country first, particularly as he is from a Labour background, as it is generally realised that Labour is known for putting its own interests as a party before everything else. Loyalty for New Labour socialists recalls the spectre of solidarity and comradeship of the workers (the joiniing of arms and the singing of the "Red Flag"), reminiscent of Communist totalitarianism in the countries of Eastern Europe. But the times are a-changing. New Labour has moved to the Centre, even to the Centre Right in politics in its avaricious desire to garner votes, and to that extent it has been successful over the past ten years and more, though at the expense of largely forsaking its socialist Bevanite principles. Former radical socialists have become Lords in an unelected chamber, advancing their own selfish interests and ambitions in their climb to power and high office and accruing considerable fortunes in the process. I name no names.

In the survey which Independence Cymru is currently conducting it appears that those who favour Plaid disassociating itself with Labour in the Assembly are running neck and neck with those who believe that the alliance should remain. There are distinct signs that Labour in Cymru is distancing itself from the recalcitrant Labour MPs in London who are adamantly opposed to the forces for change at work in their nation. They will be left behind, as "yesterday's men" (in the words of Adam Price MP), and their vain attempts to undermine progress towards independence for Cymru will not succeed. Thus, by putting his country first, with an eye on Scotland, concerning himself with the social, cultural and political welfare of the people of Wales, and maintaining a distance between Welsh Labour and New Labour, Carwyn Jones may be placing himself firmly on the path of national progress and renewal.

"Democracy that is not 100%  does not mean democracy".
Aleksander Kwasniewski. President of Poland