Propping Up the Union

"The Guardian" and "The Mail" affirm the view of "Independence Cymru".

But which Prime Minister of the Union will be the last? We now think David Cameron. Interesting and rather ironic that he has a Scottish clan name.

Can the Union survive, or should it? According to the viewpoint of highland Scots and Irish of Ulster as well as Britons from Wales, Cornwall, Cumbria and Strathclyde it is a Union imposed from London, the seat of the Kings and Queens of England. It spawned an Empire which is no more and times and circumstances have changed. A new political dynamic is in motion, national groupings centred around the European Union. 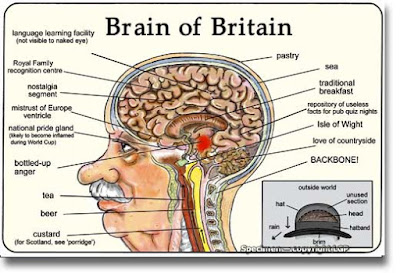 There are those who try to claim they belong to their native land yet also claim to be British. To be British means that you are a subject of the British State. There is no British nation, but the state comprises four separate and very distinct nations, and the Cornish would claim they make up the fifth. Either you are a supporter of the Union of Great Britain and Northern Ireland or you are not.

If you are a supporter you need to realise that many people are no longer content to be part of a society that is out of step with the times we live in. Many people in Britain abjure the appellation of Brit (as in Brits Abroad) and prefer to be considered English, Welsh, Scottish or Irish. After all, these are the cultures which they were born into and in which they were bred and raised. They are comfortable and at home with these cultures which are as varied as the nations they represent.

They are marked differences between the social behaviour of a Scot, a Welsh person or an English person. To understand these differences you only need to step on to a bus or join a queue. The English sit on the bus next to a stranger as if nobody is there, or stand stoically in a queue immersed in thought. The Welsh or Scots on the other hand greet one another like old friends and enter into a fervent conversation. The Irish will give a cheery wave as you pass them in the street or on the highway. They are not afraid to acknowledge a fellow human being.

The Union is a relic of a once-powerful Empire which once owned and ruled over a quarter of the globe and held sway by dint of its naval superiority over the oceans and seas. It was essentially an English Empire with Scots and Welsh requisitioned to enter into its service and assist in its expansion whether through war or trade.

It sought to subdue and colonise, exploit and civilise, and then to bring religion as a tool with which to dominate and indoctrinate. It was not alone; Spain and Portugal were playing the same game. As a result it became immensely wealthy and powerful while, at the same time, set up workhouses for the poor and established a class system where everybody knew their place and dared not stray.

The result was an explosion of jealousy and rivalry among the nations of Europe which bankrupted the Empire and led to the destruction of great European cities and the annihilation of many of its less fortunate inhabitants, including vast numbers of Jews and Gypsies. It was therefore decided by the post-war leaders of Europe that the answer was the creation of a unitary confederation of European nations which is now known as the European Union, where wars are outlawed and trade flourishes in a family of free and interdependent states in peaceful co-existence.

Europe is a community of nations and nation-states and it is in the interests of Europe that the nations and peoples of Europe be free to express their distinctive cultures and traditions and to speak their languages without fear or recrimination through their own national and parliamentary institutions and make their individual contribution to the greater good. It is on this basis that Wales and Scotland and other nation states across Europe make their claim to full autonomy within the Union - the Union of Europe - not that of Britain and its former iniquitous constitution..
Posted by Unknown at 00:59

Superb post! The union is a relic of the 18th century, and is now well past its sell by date. I think an indepedent Scotland is inevitable, question is where will Wales be?

Forgotten France? But on the main point, don't forget that we, the Celts of the western seaboard have first claim to the appellation 'British' and that the word has been usurped to give it a different interpretation. The real British are the people of Strathclyde and Cumbria, Cymru/Wales, Cornwall, Brittany and Bretona, who once wore the crown of Britain. At one time before Llewelyn Fawr, useage of the word 'Cymru' was frowned upon as it signified the loss of sovereignty of the British to the Saxon English..

No Byn, I did not forget either of those things. I was dealing with the Union of Great Britain which does not include Brittany/Breizh. Of course these people are the true British/Brythones, and as you point out the name was usurped.

D.Hughes - An independent Scotland is, as you say, inevitable, and Wales will follow as the Welsh realise the benefits of full autonomy within Europe.