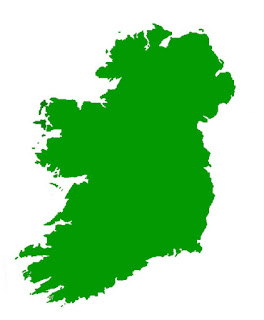 Posted: 05/16/11 04:40 PM ET
The visit of Queen Elizabeth to Ireland marks a truly historic moment in a centuries-old relationship that has often been marked by sorrow and pain.
Think Sadat visiting Israel when the queen's plane touches down in Baldonnel Airport outside Dublin tomorrow.
The Queen is finally visiting Ireland one hundred years exactly since the last monarch from Britain set foot on Irish shores. In 1911, King George V sailed into Dun Laoghaire harbor outside Dublin amid scenes of wild excitement.
Don't expect such excitement in Ireland, at least publicly, tomorrow. Authorities there are so worried about violent incidents that the public is essentially barred from watching her arrive at any venue.
The hatred of the royal family runs deep in arch Republican circles in Ireland, and the visit gives an opportunity for some of that dislike to be portrayed. The royal family did not help matters by appointing Prince William Baron Carrickfergus in disputed Northern Ireland after his wedding.
Many saw it as a stiff reminder from the royals that Northern Ireland is still theirs and British.
With 1,000 media accredited to the event it is hardly surprising that the anti-Monarchy forces are expected to try and grasp the opportunity for coverage.
But the vast majority of Irish people will wish this visit well. Even Sinn Fein leader Gerry Adams has welcomed it, albeit a little lukewarmly. He knows all has changed utterly in Britain's first conquered land. The peace process and peace in Northern Ireland has both countries on a more equal footing than ever.
The queen's symbolic visit can be seen as another brick in the wall of cementing the peace process -- providing it all goes well.
That is no certainty. No wonder Irish security forces are clamping down with Dublin looking like Checkpoint Charlie the past few days. With Obama coming in for a flying visit on Monday next and the Queen staying four days, the Irish forces are stretched like never before.
Eternal vigilance is the price of liberty. The Queen's visit crosses another symbolic chasm between two island people who have been at odds for most of 800 years. If it is a success it marks another chapter in a new departure between the two countries.
Posted by Unknown at 01:04