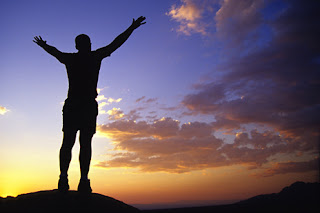 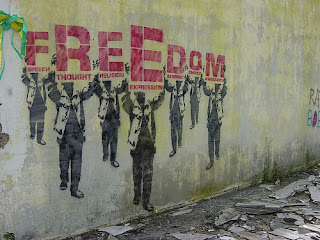 Libertarians do not advocate freedom or the free-market economy merely because "it works" (which it does better than any other system); they support it as the only non-coercive and just system - the system in which people are free to deal with one another on a voluntary basis as traders (exchangers of goods and services) instead of as masters and slaves - or as privileged class and exploited host.  Others advocate government by whim.  Libertarians adhere to certain principles, and without the guidance of principles and standards, all that is left is pragmatic expediency and the tyranny of government by whim. One might say that libertarians are "idealists" in the popular sense of that word; after all, libertarians stand for certain ideals - goals to strive for (e.g., less government intervention, more individual freedom and moral responsibility, free markets, etc.).  Because libertarianism is based on man's nature and the nature of reality, it is the most practicable social system.  Libertarians are practical idealists.
Posted by Unknown at 00:38

There are two kinds of libertarians

Conservatives who want to have sex with underage girls ( or boys )

Either way they share a cap-doffing faith in the ultimate goodness of billionaire robber barons and believe that everyone else ( including themselves ) should go to hell rather than interfere with these peoples 'freedom' to rape, pillage and exploit the resources of the planet including the human race.

Why do you reproduce this intellectual bilge approvingly? Have you ever considered the abhorrent consequences of this inhuman ( or perhaps sub-human ) pseudo philosophy?

It appears that both of you have failed to read the article correctly or suffer from a misguided view of humanity.