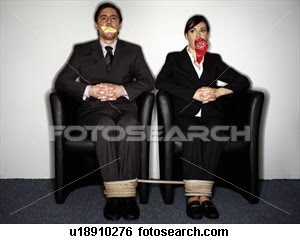 Public asked: Which laws should we scrap?

The public are being asked to nominate unnecessary laws and restrictions on civil liberties that they want to see scrapped.Skip related content

Public asked: Which laws should we scrap?Enlarge photo

Have your say: Nick Clegg
The call comes from Deputy Prime Minister Nick Clegg, who is launching a Your Freedom website at which people will be able to propose ways to get rid of pointless regulation and unnecessary bureaucracy and reduce state intrusion into everyday life.
He said that ideas submitted to www.hmg.gov.uk/yourfreedom in the online consultation process would be taken into account in the drafting of a Freedom Bill to be published this autumn with the aim of rolling back unnecessary regulation.
Speaking in London later, Mr Clegg will urge members of the public to be "demanding" about their liberties and their rights.
"What I find especially exciting about this project is that, now we have got the ball rolling, the debate is totally out of government's control," he is expected to say.
Published: Today

LUDICROUS Labour laws are facing the chop at last - and Sun readers can help to choose which ones should go.


Today we are joining forces with the Government in our Rip Up The Red Tape campaign to free the UK from some of the dafter legal shackles of the past 13 years.

And YOU are invited to suggest where the axe should fall.
There are plenty of possibilities - under Labour a massive 4,300 regulations were introduced, costing the country millions and adding to the woes of ordinary people.
For example, one ridiculous rule made it a crime to "disturb a pack of eggs when directed not to by an authorised officer".
But if you want a regulation to be scrapped, it does not have to be a silly one.
You may feel you want the law changed on fox-hunting, speed limits or the forms you have to fill in to start a business.
Deputy Prime Minister Nick Clegg said last night: "Real democracy is unspun - it is the raucous, unscripted conversations that throw up the best ideas.
"This is your chance to have your say." Sun readers are asked to consider three questions:
Which laws would you remove or change because they restrict your civil liberties?
Which regulations should be removed or changed to make running your business or organisation as simple as possible?
Which criminal offences should be removed or changed and why?
You can leave comments below debate and rate contributions.
Nick Clegg and the coalition Government have pledged to consider up to ten of the most popular workable ideas, which will inspire the landmark Freedom Bill later this year.
On the right Mr Clegg issues a rallying call to help set the nation free, while below are a few of the crazier - but genuine - laws that should be sent to the shredder...
Additional reporting: TIM SPANTON