Any Colour But Brown

When Gordon Brown speaks, the world stops to groan 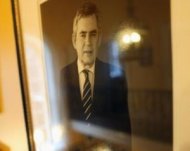 Even on the day parliament completed its expenses rehabilitation, Gordon Brown managed to whip up a maelstrom of partisan hatred.
Brown may not have intended it this way, but his politics has always been one based on bitter resentment. When he was chancellor, wielding the purse-strings over the government for a decade, he was eaten up by jealousy of Tony Blair's premiership. His capacity for bearing a grudge and wreaking terrible revenge could not, after this period, be seriously in doubt. When he finally did make it to No 10, he was eaten up by his inability to win over Rupert Murdoch. He paid the price at the 2010 general election. But there was nothing he could do about it.
This is all by way of setting the scene for his speech to the Commons yesterday, in which he took the opportunity of finally getting his revenge on the Murdoch empire. As you'd expect with Gordon Brown, his sucker punch was a lurching swipe far less effective than he might have hoped.
Brown is not like other former prime ministers. Margaret Thatcher is adored by a close circle of acolytes, but these days keeps herself to herself. John Major enjoys the cricket and rarely ruffles parliamentary life. Tony Blair, who has an irrepressible busybody instinct, keeps himself busy in foreign climes. They know their place - in the corner, with the other elder statesmen.
Not Brown. He took his seat on the opposition backbenches, chuckling with neighbour Thomas Docherty and waiting for his moment. This was only the second time he has addressed the House this parliament. As if making up for lost time, he spoke for a full half-hour, hijacking the debate on whether Murdoch's BSkyB bid was in the public interest.
Its primary target was News International and the broader press, to be sure. But first MPs were treated to a lengthy exposition of his government's arms-length dealings with Murdoch. He was obviously bitter about his portrayal as "the betrayer of Britain", as he put it. He spoke of "sewer" journalism and their alleged links with the "criminal underworld". It would have been much more powerful had he not exposed himself to humour.
"The front-page portrayal of me as 'Dr Evil' the day after the generally accepted success of the G20..." He got no further. The Tory benches howled with laughter at the thought of Mr Brown placing his little finger to his lips. Brown, as he had done a thousand times before from the despatch box, looked a little miffed, but ploughed on.
Brown's attempt to rewrite history was almost Churchillian in its audacity. It was as if the years - well, year - had fallen away. His PMQs contributions had always been a combination of self-justification and loathing of the Tories. They loathed him back, just as they had done before the general election. Had the 2010 poll, the formation of the coalition government, the preposterous notion that Nick Clegg could become deputy prime minister, all been nothing but a dream?
Graham Stuart, one of your more archetypal Tory backbenchers, was the most prominent of those who sought to knock Brown off his perch by perpetually asking Brown to give way. Everyday Commons etiquette requires that backbench MPs take interventions from their colleagues, whether political opponents or allies. Brown obviously took the view this requirement does not apply to former prime ministers. Ignoring the storm of outrage from the thwarted Conservatives, he ploughed doggedly on. Twas ever thus.
Yesterday is already being hailed as the day when parliament completed its expenses rehabilitation. As an institution whose reputation has been battered beyond belief by the culture which grew up around MPs' allowances, it needed a victory like yesterday to reassert itself. For once, politicians united together to defeat an unaccountable power hitherto beyond their reach. It was a special day, a historic one.
All the more odd, then, that this was the day when the clunking fist returned to rile up the Tories once again.

Scott Talkington
Am I imagining things, or is Welsh nationalism making a bit of a comeback?