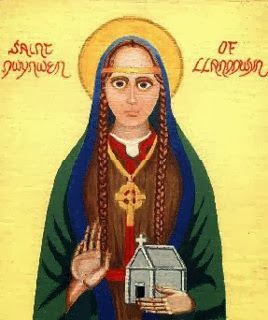 David Price was a loner. Ever since he could remember he had felt himself to be different from the rest of the herd. That is not to say that he felt in any way superior to his contemporaries but only that he liked to go his own way and stand apart from those who preferred to indulge in more exuberant pursuits. He was more introspective than his colleagues and obtained his satisfaction from simple pleasures, taking his exercise through individual sports rather than team games.

He grew up in a small town in the heart of the country, far from the grimy industrial cities where his parents had lived throughout the war. He had a fairly normal childhood except that he was an only child and sought companionship with neighbours and the few real friends he made at school. He was an avid reader and excelled in literature and the arts and succeeded in being admitted to university college where he eventually received a degree in architecture.

Later he moved to Cardiff where he found a apartment to rent overlooking a park near the centre. In mid-January, on one of his customary visits to the library where he regularly logged on to the internet to search various avenues for employment his eye was caught by a comely dark-haired woman dressed simply but elegantly who occupied the seat across the table. She was casually leafing through a fashion magazine, occasionally glancing up at the clock on the wall. Then she stood up, propped the magazine on the rack from whence it came and stepped into the elevator. As the doors closed and before she disappeared from view it seemed to David that she flashed a brief smile in his direction.

A week later David was on his way to the library and as he approached the main door of the building he observed a slightly familiar figure ahead of him. He quickened his footsteps and caught the door as it swung back behind her. She stood in front of the elevator as he pushed the red buttons and they waited as the lift whirred towards them. The doors opened and they both stepped in and David breathed in the fragrant aroma of her perfume as she stood demurely at his side.

Without speaking they reached the second floor and emerged into the hushed silence if the spacious room, the rows of computers to the right and to the left the tables where newspapers and a few magazines lay in desultory abandon. David made his way purposefully to the computer section while his intriguing acquaintance scanned the magazine racks. Having selected a magazine of her choice she settled down and was soon engrossed in an article on love-spoons. She was particularly interested in this topic as her name was Dwynwen, the Welsh equivalent to St. Valentine.

Love-spoons happen to be a traditional Welsh gift which a girl's suitor would lovingly carve from a branch of ash or sycamore wood and fashion into an intricate object resembling a spoon, the handle of which is carved into a unique pattern and sometimes included the lovers' initials or a monogram. These spoons would be presented to the object of desire as an offering and statement of the feelings which the youth would have for his chosen bride. Dwynwen was jolted from her musings by the vibrant and familiar sound of her mobile phone which she had forgotten to switch off on entering the library, She fumbled in her bag and hurried out of the building, this time using the stairs to descend to the ground floor.

avid watched her rapid exit and waited a while but she did not return. He quickly attended to a couple of email messages, then moved towards the escalator. As he passed the table he glanced down and saw the magazine open at the page which Dwynwen had been reading. He sat down and as he did so he noticed a business card lying by her chair on the floor. On it was printed: Dwynwen Griffiths – Property Consultant and gave her phone number. He slipped it into his pocket and read the magazine feature for himself, and as he did so an idea began to germinate in his mind.

A week passed and being a creature of habit she duly arrived at the library on the same day that David made his weekly appearance. This time he approached her and produced the business card saying: “Is this yours? I found it here on the floor after you left last week.” She turned her dark eyes towards him and replied: “Oh did you? But there was really no need to go to the trouble of returning it!”
“I was intrigued by your name,” David murmured. “Would you like to tell me about it? It's quite unusual.”
“We can't talk here,”Dwynwen said,”let's go and have a coffee and I'll tell you how I got it.”

Over coffee she explained that Dwynwen was a Welsh princess of the 5th Century A.D., the daughter of a king, Brychan Brycheiniog from whom the town of Brecon was named.
Dwynwen had been in love with a nobleman named Maelon but the king had prevented the affair from flourishing by having Maelon turned into a block of ice. Dwynwen became a nun and developed a guide for lovers. Her day, January 25th, became St. Dwynwen's Day and was celebrated by Welsh lovers from then on. Later people across the world began to observe a different day, 14th February as the day when lovers exchange gifts and proclaim their undying devotion, but St Dwynwen's Day remained in Welsh folk tradition to this day. Their conversation turned to other folk traditions and David suggested that they meet next Saturday at the Welsh folk museum at St Ffagan's which surprisingly he had never visited. She readily agreed and they went their separate ways.

That afternoon he made a trip into the countryside and cut a short branch from a sycamore tree. That night he started whittling away at this piece of wood and continued working at it for the next few nights. By the end of the week he had created an exquisite love-spoon which he polished with beeswax until it glowed with a satin sheen. He wrapped it in tissue paper and placed it in a small box with an intention of giving it to the woman of his dreams.

The following Saturday it was cold but sunny. Arriving at St Ffagan's at the appointed time he saw her, standing beneath a sign that read: AMGUEDDFA WERIN CYMRU. He realised how much he liked her. She was not at all skittish like many of the girls he had known. She was wrapped up in a warm woollen coat, wearing black leather gloves, a black beret and sporting a tartan scarf draped loosely around her neck. She turned and smiled as he approached and unselfconsciously slipped her hand beneath his arm, and they proceeded through the museum gazing at the traditional houses, tools and artifacts from a previous age, long gone. Later they entered the warmth of an onsite restaurant and sat near a blazing fire. David took out the box from beneath his coat and laid it on the table. “it's for you,” he said, “ and I'm sorry that I missed your day, the 25th of January, but today is Valentine's Day and you are my Valentine.” Slowly she opened the box, unwrapped the tissue paper to reveal his handiwork, smiled in total acquiescence, leaned over the table to plant a kiss on his fore-head, and thus heralded the start of a long and happy relationship that persists to this day.
Posted by Unknown at 12:56