Long before the spectre of Catalan independence began to dominate Spain’s political discourse, the small hamlet of Gallifa, population 215, had already broken away from the motherland.
“We proclaimed ourselves to be a free and sovereign territory of Catalonia,” said Jordi Fornas, who was then mayor of Gallifa, a village tucked into the hills about 30 miles north of Barcelona. “We tried to find our way in the Spanish state, but it proved to be impossible.”
Gallifa then went one step further, becoming the first municipality in the region to practise what Fornas called “fiscal sovereignty”, a purely symbolic gesture of handing over its taxes to Catalonia rather than Madrid.
As Catalan authorities rerouted the revenue – amounting to about €1,600 in 2012 – to Madrid, Gallifa caught the attention of Spanish media, which christened its cluster of ochre brick houses the “crib of Catalan independence”.
On Sunday, Spain will get a glimpse of how far the movement that first took root in small villages such as Gallifa has spread, as Catalans cast their votes in a regional election billed as a quasi-referendum on independence.
The results could launch Spain into uncharted territoryand plunge the country into one of its deepest political crises of recent years, as Madrid squares off against an openly secessionist government of a region that accounts for 16% of Spain’s population and a fifth of its economic output.

Analysis Catalonia election: a guide to its most important vote yet

Everything you need to know about Sunday’s regional election being billed as a plebiscite on independence from Spain
Read more
With polls suggesting pro-independence parties could gain a slim majority on Sunday, a barrage of warnings was unleashed this week by those opposed to independence.
Spain’s central bank said secession would risk exclusion from the eurozone, while the country’s main banks – including two based in the region – cautioned that independence could undermine financial stability just as the country was beginning to shake off the lingering effects of the economic crisis.
The Spanish government argued that if Catalans broke off from Spain it would cost them their Spanish nationality, while the president of the Spanish professional football league said Barcelona would be left out of La Liga.
“Catalans aren’t being told the real consequences of independence,” the Spanish prime minister, Mariano Rajoy, told Onda Cero radio station on Tuesday. “It would leave the EU. What would happen with pensions? There are many more pensioners than contributors. What would happen with financial institutions, with bank deposits, to the currency?”
In recent years, his conservative People’s party (PP) has repeatedly blocked demands by Catalonia to hold a referendum on independence, insisting that Spain’s constitution precludes regions from unilaterally making decisions on sovereignty.
Rajoy’s hardline stance has been backed by leaders across Europe, many of them aware that any gains made in Catalonia could spark hope among the other secessionist movements that dot Europe.
The British prime minister, David Cameron, said Catalonia would be left out of the EU if it broke off from Spain, while Germany’s chancellor, Angela Merkel, voiced her support for the “integrity of Spain”. The PP said Nicolas Sarkozy, France’s former president, was scheduled to join Rajoy in Catalonia on Friday in a rally against independence.
The Catalan leader Artur Mas, who has vowed to begin the process of breaking off from Spain if his Junts pel Sí (Together for Yes) party wins a majority of seats on Sunday, lashed out at the “strategy of fear” being used to counter the push for independence. “It is irresponsible and indecent to issue threats that nobody in a democratic country would dare voice,” he said. “They do it because they have no other arguments.”

Advertisement
As Gallifa gained a reputation across Spain for its stance on sovereignty, its leaders also found themselves on the receiving end of Madrid’s wrath. Citing a three-decades-old law, the central government demanded the town fly the flag of Spain. Fornas responded by affixing a tiny Spanish flag, no bigger than the palm of a hand, to the facade of the town hall.
“The law didn’t specify what size the flag needed to be,” said Fornas, who also raised a full-sized estelada, the flag of Catalan independence, nearby. The central government struck back, taking legal action against the village to have the mini Spanish flag replaced with a full-size flag. Today no flags – pint-sized or estelada – fly in Gallifa.
In many ways, Gallifa’s row with Madrid epitomises how the push for independence has played out across Catalonia, with the central government looking to the courts to shut down dissent rather than seeking to address the underlying grievances over Catalonia’s language and identity, as well as concerns that the region pays more in taxes than it receives in investments and transfers from Madrid.
Support for Catalan independence began growing in 2010, after Spain’s constitutional court ruled that Catalonia’s status and powers could not be considered tantamount to those of a nation. According to the region’s Centre for Opinion Studies, in 2010 just under 20% of Catalans supported outright independence. By June 2015 this proportion had almost doubled to 38%, down from a high of 48.5% in November 2013.
Some, such as Catalan film-maker Joan Planas, bucked the trend. The former ardent separatist from the small town of Sant Fruitós de Bages, near Barcelona, changed his perspective on independence after travelling through Spain, filming his conversations in bars across the country as part of a documentary exploring the challenges facing modern-day Spain.

Advertisement
“I realised that many of the things that I thought about the rest of Spain weren’t quite true,” said the 33-year-old. “I thought that the rest of Spain rejected all that was Catalan – but I realised that it wasn’t that way.” The realisation prompted him to vote to stay with Spain in Catalonia’s symbolic referendum on independence last year.
With just days left until an election that has divided Catalans, nobody knows quite which camp to put him in, he said. “I have a brother-in-law who told me that after a few days with him, I’ll change my mind again,” laughed Planas.
But most in Spain have taken a firm stance on the issue. This week the Catholic church waded into the debate, saying there was no moral justification for independence and urging Spaniards to pray for the unity of Spain. The intervention stoked grievances, as the church had backed General Franco, who sought to suppress Catalonia’s language and identity during Spain’s nearly four decades of dictatorship.
On the other side of the divide were 13 world-renowned Catalan scientists and researchers who penned a letter this week promoting independence, saying it was the best option to guarantee funding for research in the region.
In July, Bayern Munich coach and Catalan native Pep Guardiola announced he was joining Junts pel Sí as a symbolic candidate, backing the party in its quest to break away from Spain. “This is an opportunity we have to build a new and more just country, starting from scratch,” Guardiola said in a campaign video. “Nobody can stop the will of the people.”
Regardless of the outcome, the elections will mark a defining moment for the region, said Jordi Sànchez, president of the Catalan National Assembly, a grassroots pro-independence group that is part of Junts pel Sí. “Nobody doubts – not in Catalonia or in Spain – that these elections are the most important ever in Catalonia,” said the 50-year-old. “This is an opportunity to create a better society, with the economic and legislative resources that we don’t have right now.” 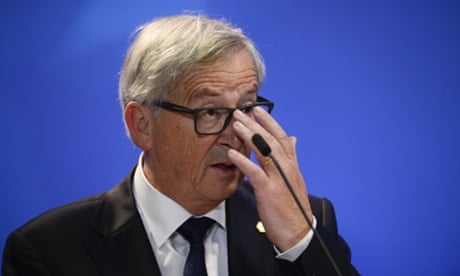 Read more
His group lobbied hard for Junts pel Sí to promise to launch the independence process if separatists earn a majority of seats on Sunday, even if they are denied a majority of the vote. Critics on both sides of the issue have argued that the focus on seats, rather than votes, could hamper the movement’s ability to gain legitimacy internationally. “We know that elections aren’t the best instrument – it’s not what we would have wanted, but it was the only tool we had at our disposition,” said Sànchez.
The use of elections to address the issue has also put politicians such as Mas on the frontlines of the movement, rather than the hundreds of thousands of Catalans who have filled the streets on Barcelona for four successive years to demand a say on Catalan independence, said Sànchez. “In a few years, in some universities, they’re going to study the political process playing out in Catalonia right now,” he said. “Citizen mobilisation managed to convince political parties to change their political agenda. This is an incredible moment for democracy – one of the most important for Europe.”
The process of democratic regeneration is not just limited to Catalonia, said Carlos Rivadulla of Empresaris de Catalunya, an association of entrepreneurs in the region who oppose independence. As Spain emerges from the economic crisis, citizens across the country have taken aim at the institutions and politicians who brought the country to the brink of ruin, leading to a widespread demand for democratic regeneration, “All over Spain, we want a new deal, whether it’s a new constitution or reform,” said Rivadulla, pointing to the rise of political parties such as Podemos and Ciudadanos. “We could call it the Spanish spring.”
This demand for change could help parties such as Podemos, which supports a referendum on Catalan independence, or the Socialists, who propose making Spain a federal country, make gains in the country’s general elections, due by the end of the year. If so, Spain could usher in a government more open to addressing Catalan grievances. 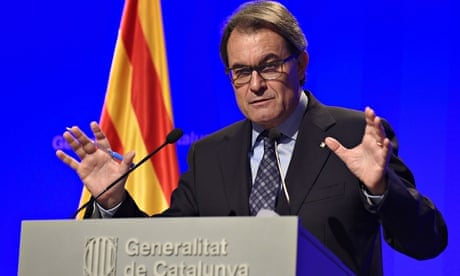 Read more
If Catalan separatists win power on Sunday, Rivadulla believes they will take incremental steps towards independence, biding their time until a new central government take power. Polls suggest no party will earn an absolute majority in the general elections, meaning Catalan leaders could have a better chance of negotiating greater self-governance for Catalonia or a binding referendum by the end of the year.
Others echoed his analysis. In Gallifa, Fornas doubted Sunday’s election would bring about the independent Catalonia he had waited his whole life for, even if Junts pel Sí won a strong mandate.
Fornas pointed to the 18-month timeline for the transitional government, arguing it was a drawn-out schedule for a task that his hamlet had managed to accomplish in just one day. “It doesn’t take 18 months to become independent,” he said. “In the US, they celebrate independence day, not independence months.”